A royal driver or driven royally? 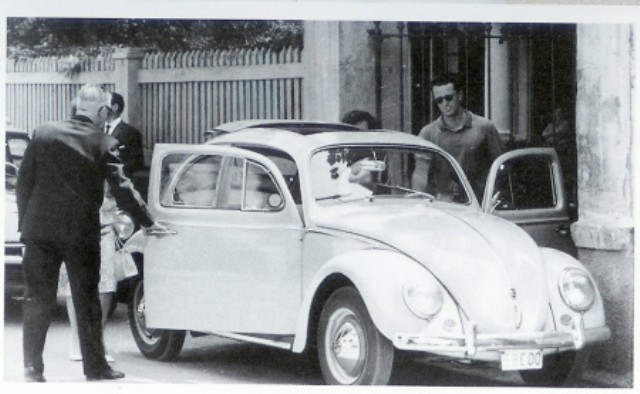 This true story is from back in 1960 when royalties still had their private lives.

Johan Berens was working in the institution for the deaf in Sint-Lambrechts-Woluwe. During the week he slept in the institution but at the week-ends he went home to Antwerp. It was at an Saturday afternoon somewhere in 1960 when Johan (75) was hitchhiking at the Van Praet bridge just behind the royal palace in Brussels. That day a little VW beetle stopped about 30 metres further from where he stood and when Johan opened the door he couldn’t believe his eyes. To ensure himself he wasn’t dreaming he asked the driver if he was Boudewijn, the King from Belgium. The King answered; “I didn’t expect you to recognize me so fast with my new car and hat”. Johan told him he needed to go to Antwerp. King Boudewijn said, “I’ll already put you on the road to Antwerp”.

While talking about their jobs they approached Antwerp but, as the royal driver didn’t yet had his meal he asked Johan to buy him some sandwiches and gave him a brand new paper money of 1000 Belgian francs. The King asked Johan not to tell who needed these sandwiches. Johan even helped King Boudewijn to spread a towell on his legs so he could eat the sandwiches in a clean way.
The journey end destination was Oud-Turnhout, North of Antwerp.

In those days stories like these came to the peoples ears through the milkman or postman so Johan had a lot of interviews after that. Can you image how fast it will go now with the technologies that we now have in our pocket?

The story has been picked up by Marian Michielsen from Gazet Van Antwerpen.