This dream can become reality with this real beast! 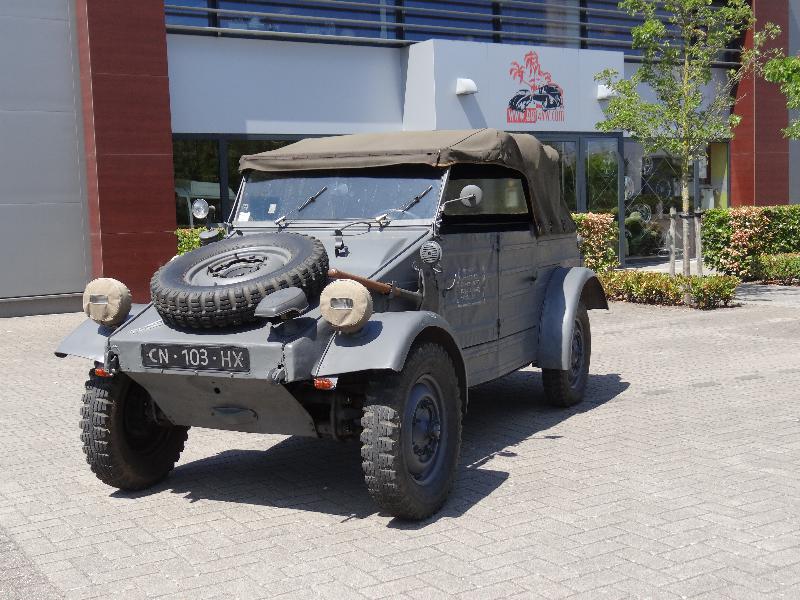 Kubelwagens should not look nice and by the letter with every nut and bolt lined in same direction. That’s not the way they’ve been build and even less how they were used! 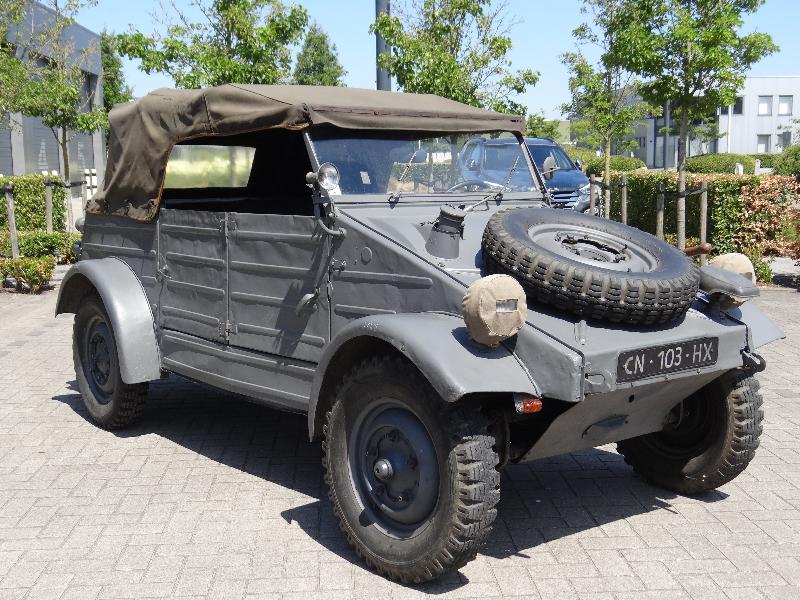 Kubelwagens been produced to fight, to survive as long as it could, but especially to capture more land from the enemies, as fast as it could… but also save lives of soldiers so they could fight longer and Kubelwagens moved them around as quick as possible. 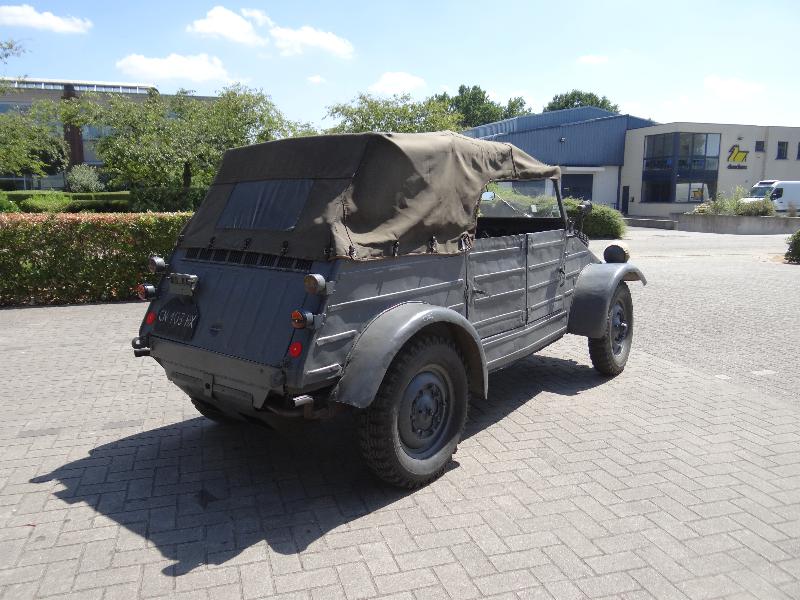 The expected life (or survive) time of a Kubelwagen was 3 weeks at the front… This example did exceed a little life time expectation….:) 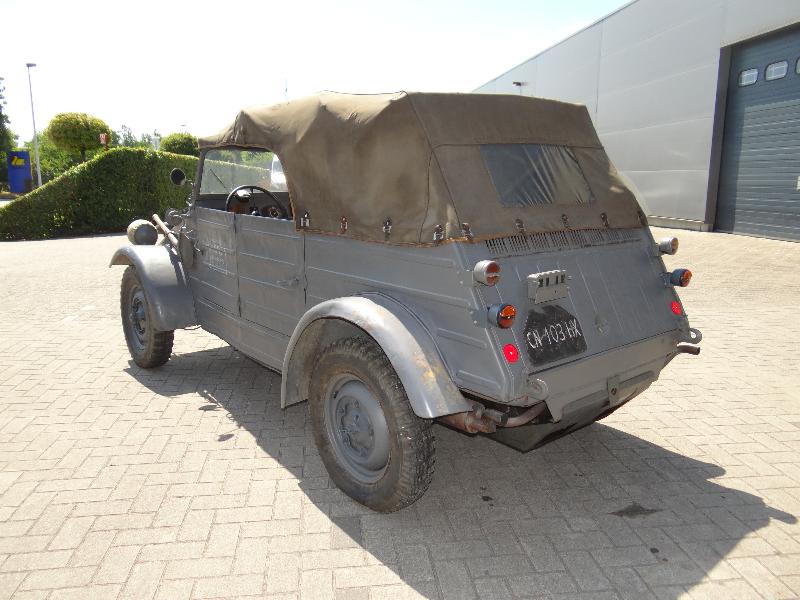 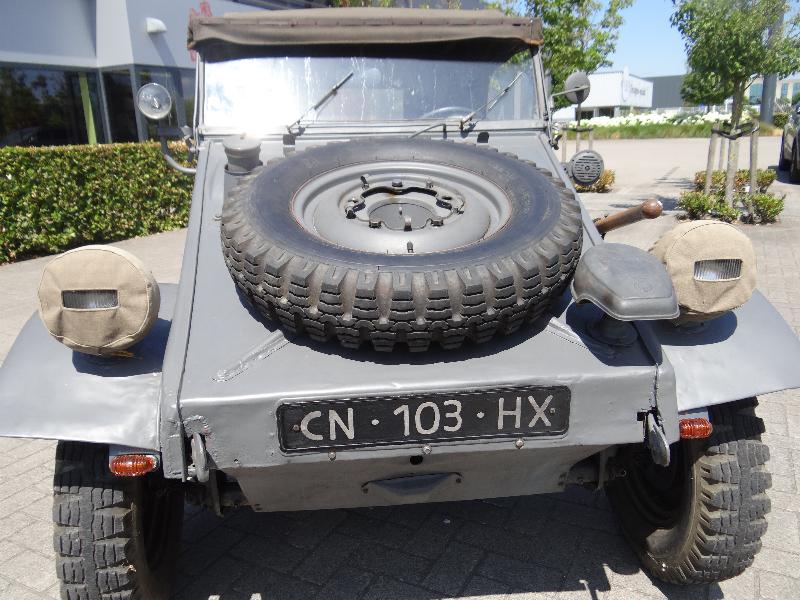 Rough and used, with necessary dents, scratches and traces of use… 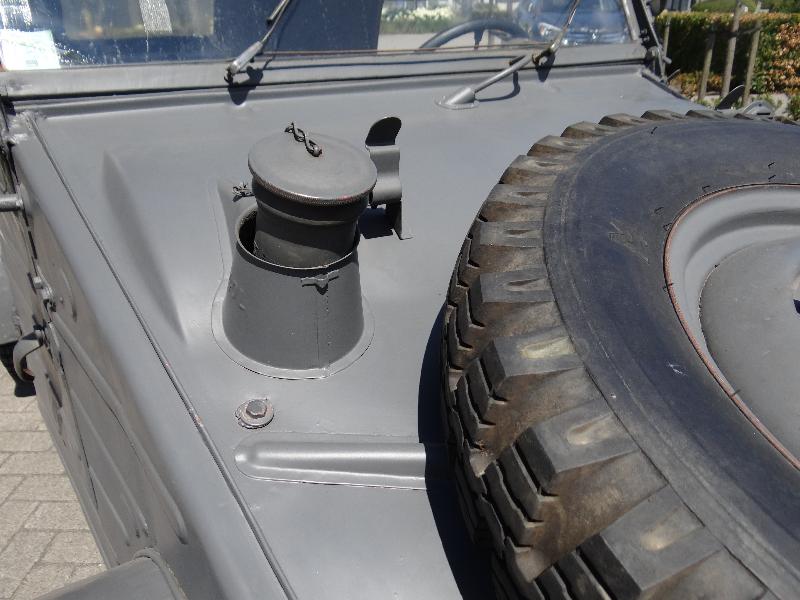 Enough originality, KDF logo’s everywhere, but also a very cool car ready to use and enjoy! 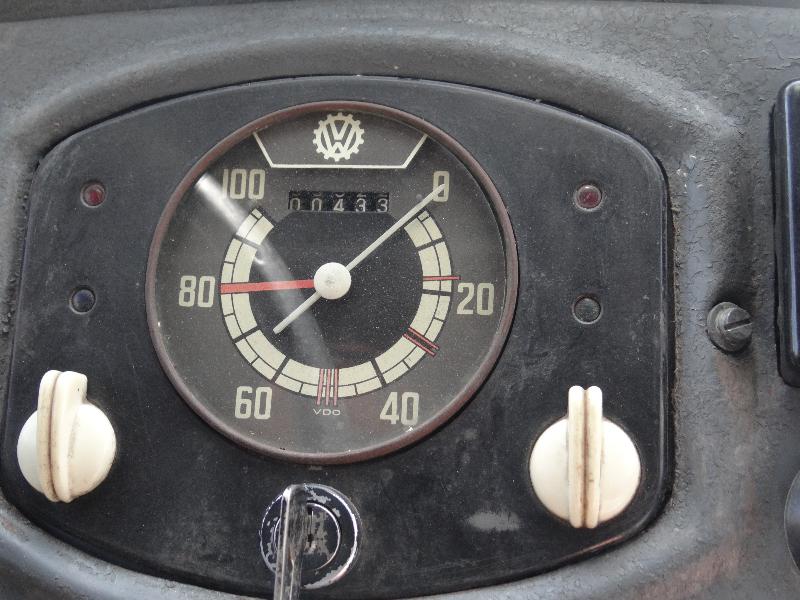 For sure not all is correct and pointers and buffers can (and will) tell what’s wrong, but there’s also a lot right, and the car has a huge fun factor… 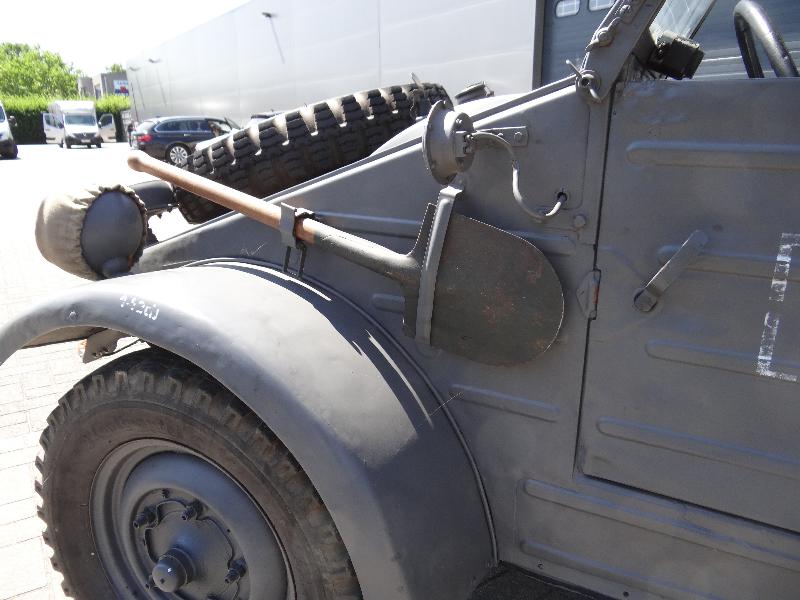 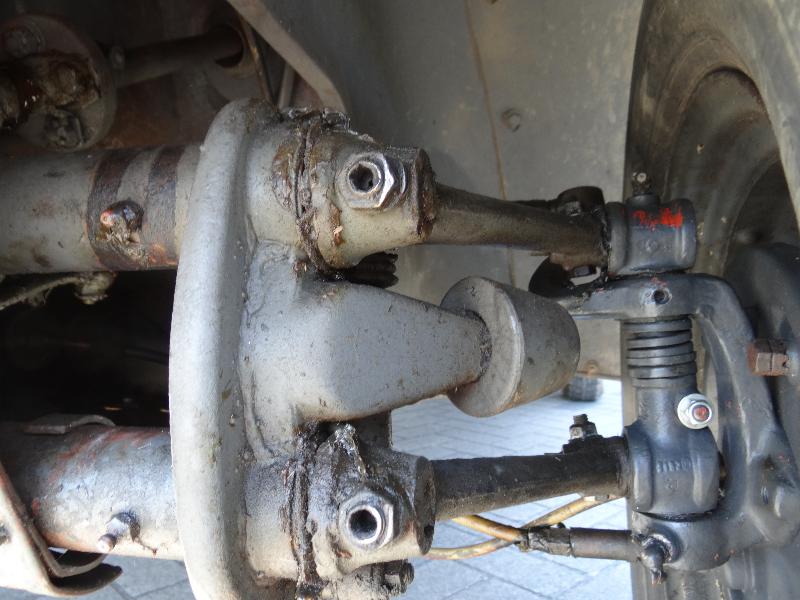 Underneath it has a very nice pan, correct front and rear axle… and what’s important to me, never converted to hydraulic brakes, but still operates on its original cable brakes! 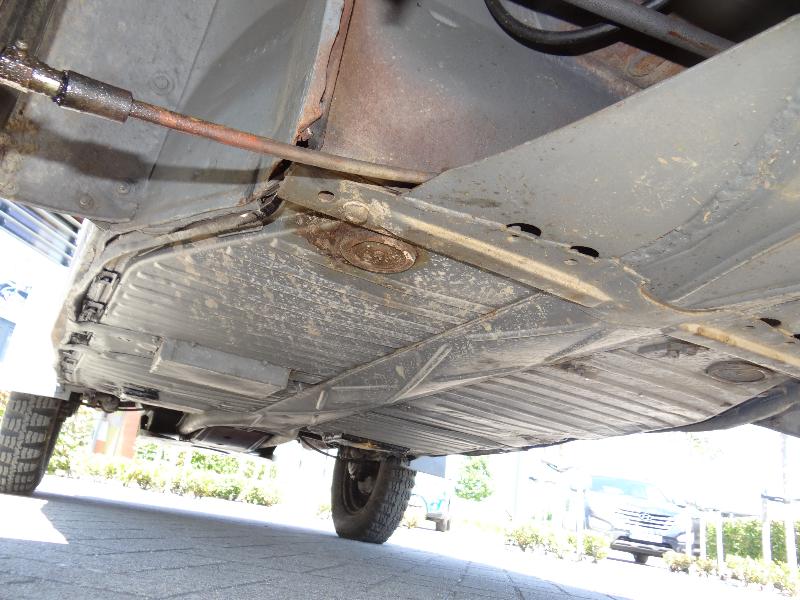 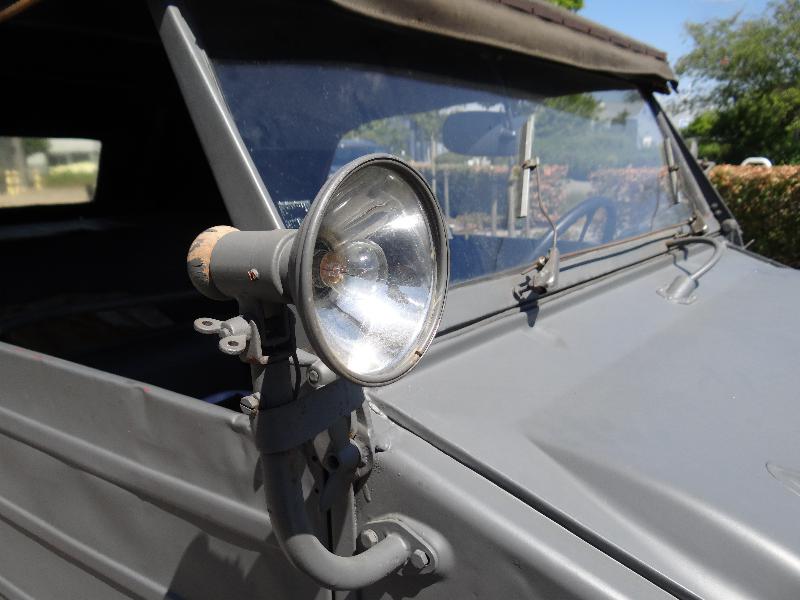 The Kubelwagen also comes with some spares, like an original Gun holder, a lot of spare bulbs, a book, and some other metal parts. 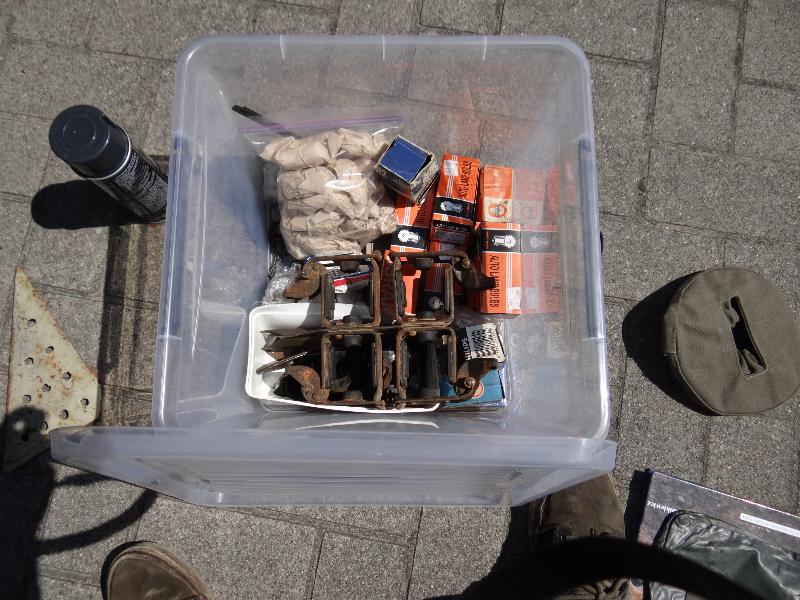 Also included in this sale is a period Wehrmacht Jerry can, an ammunition box and an original skid plate, mainly in original paint, for the buffers… or just to enjoy…:) 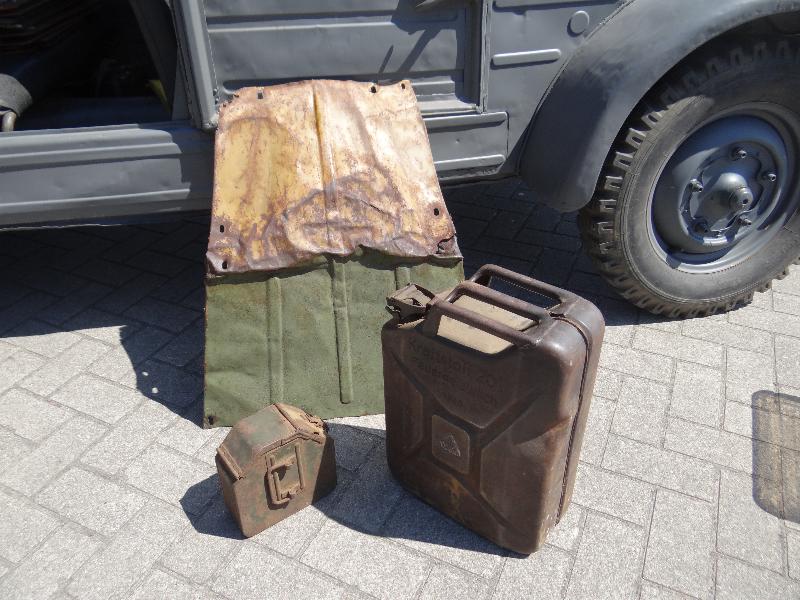 Power plant is a correct 24.5PS engine, dressed with some correct and some wrong parts… 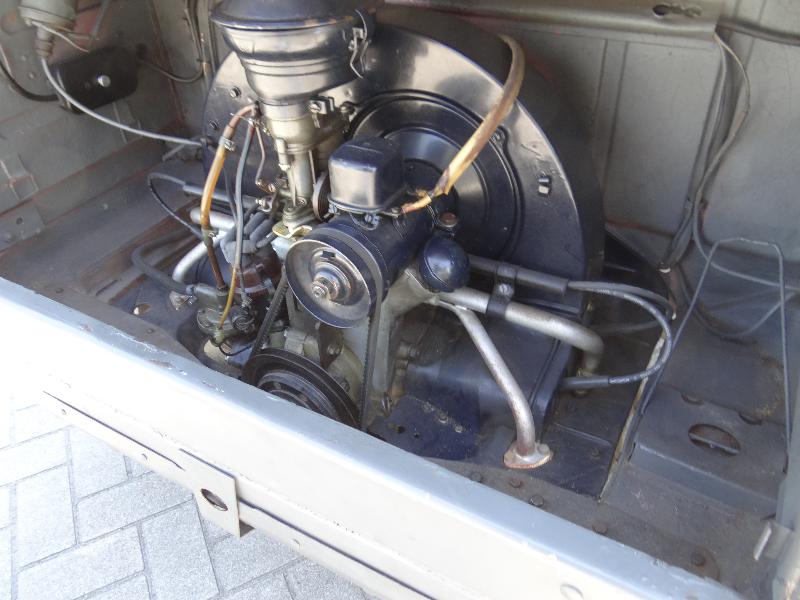 But its a strong engine, fires up when You turn the key and will bring you everywhere You want to go, also off-road! 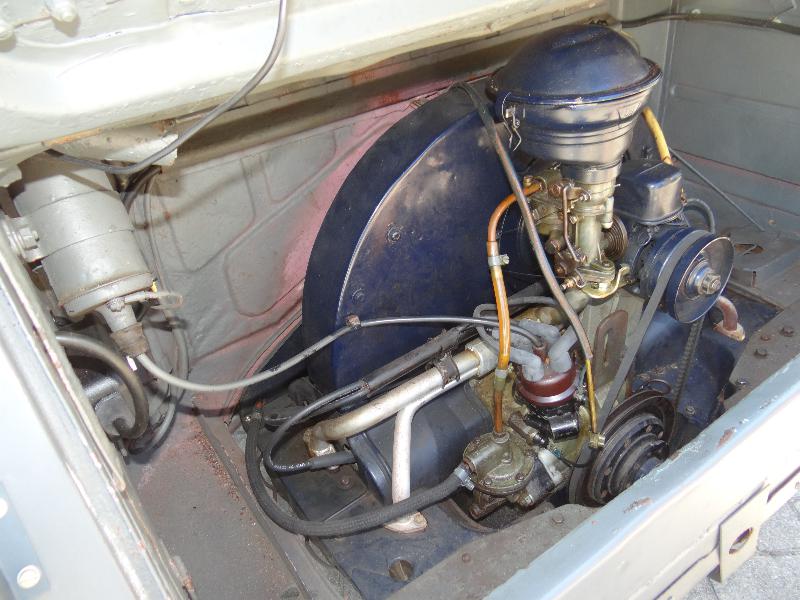 Do You like Cog Wheel VW logos? You can find quiet a few on this car! 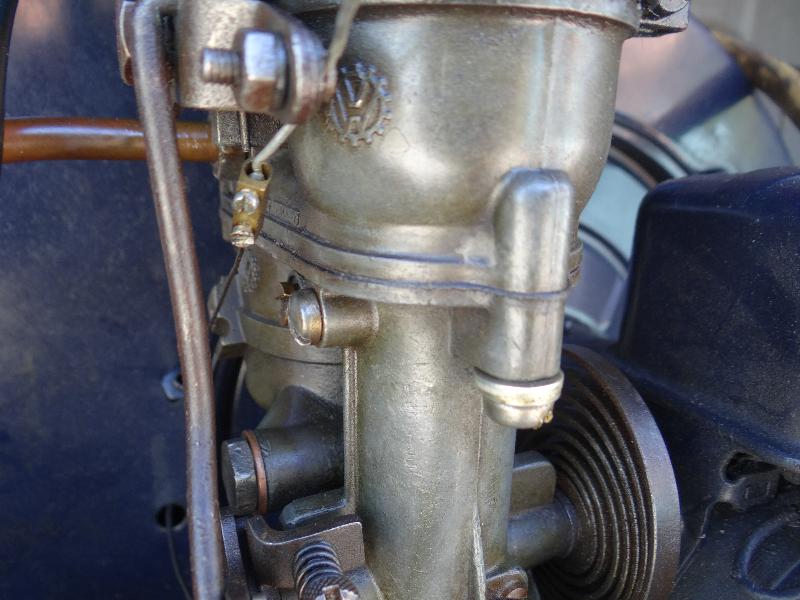 Look the underside! I think this looks the whole deal, don’t you? 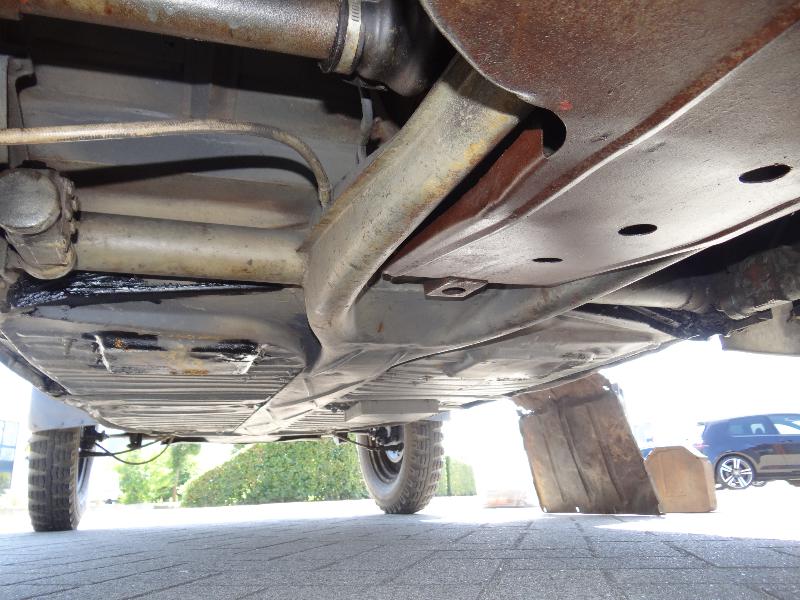 The secret of moving power with limited horsepower, transmission with reduction boxes, not only gives more ground clearance, but makes your car double as strong because of the reduction of the gears! 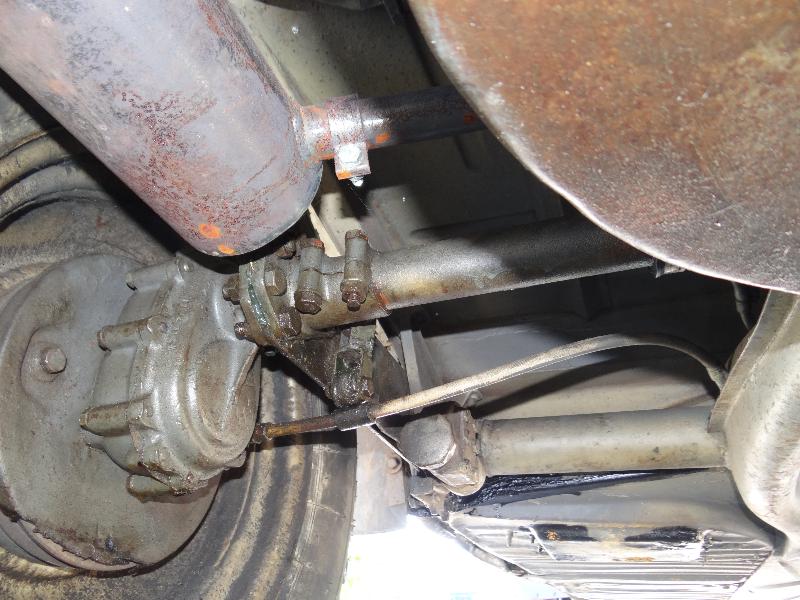 We took off a valve cover to check inside the engine, everything looks hyper clean, and we saw also the Cog wheel VW logo to assure its all KDF! 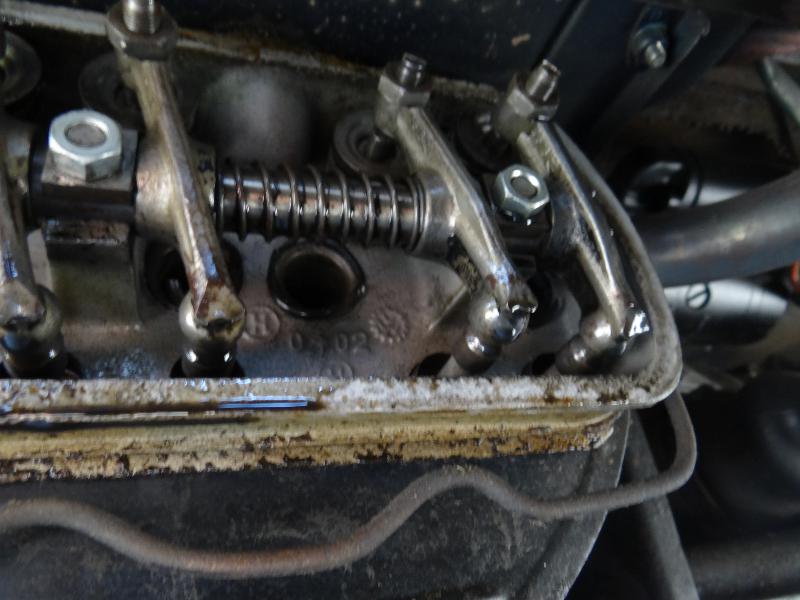 In a general overview we agree this car is NOT a car for buffers and pointers… This is a car for a real enthusiast, that loves the looks, wants enough originality to sleep well at night, but before all wants a car that looks right and can be used, on and off track. 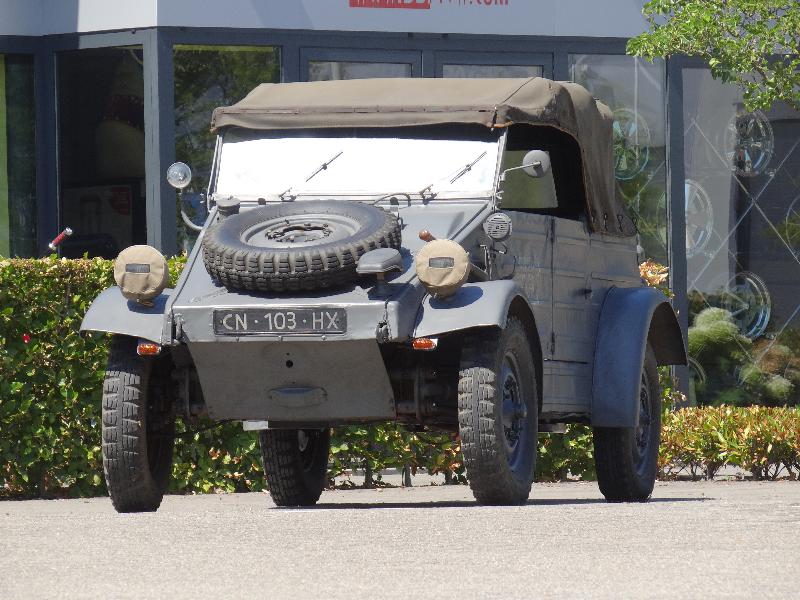 This must be one of the best looking Kubelwagens we ever had. 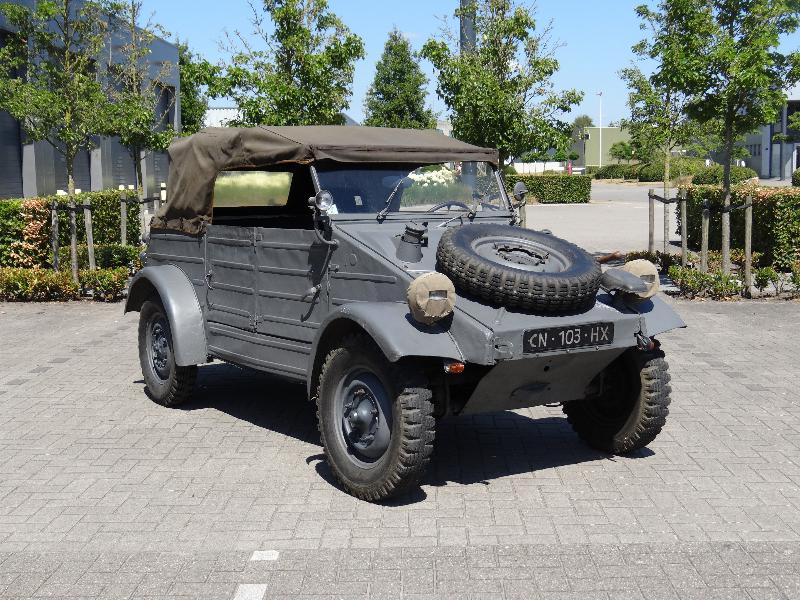 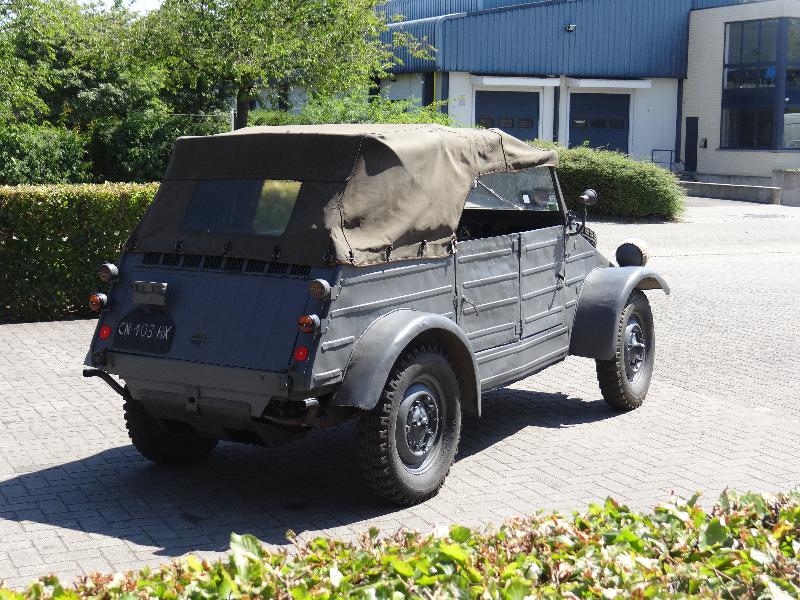 A lot of fun ahead, that’s what we sell here…

To get the full 120 Picture file by WeTransfer on high-resolution, or for pricing, or for any other information about this gem send me an email on Bob@BBT4VW.com , I will come back to You as soon as I can.

Oh yes, if You life far away, no problem, we ship worldwide at very competitive prices!