The mystery of the Porsche 356 into Lake Lucerne

This article was forwarded to us and we’re glad to share with you….

Founded in 1970, the Poseidon dive team in Luzern (Swiss) has found more than 200 boats, 40 cars and even a aircraft in the lake of Luzern. But on May 17, on the occasion of the annual day of safety prevention, a group of divers made a startling discovery. A Porsche 356, which later proved to be a 356 Pre-A (One of the first series made between 1948 and 1954), was found 26 feet deep into the water of a isolated area from the lake. 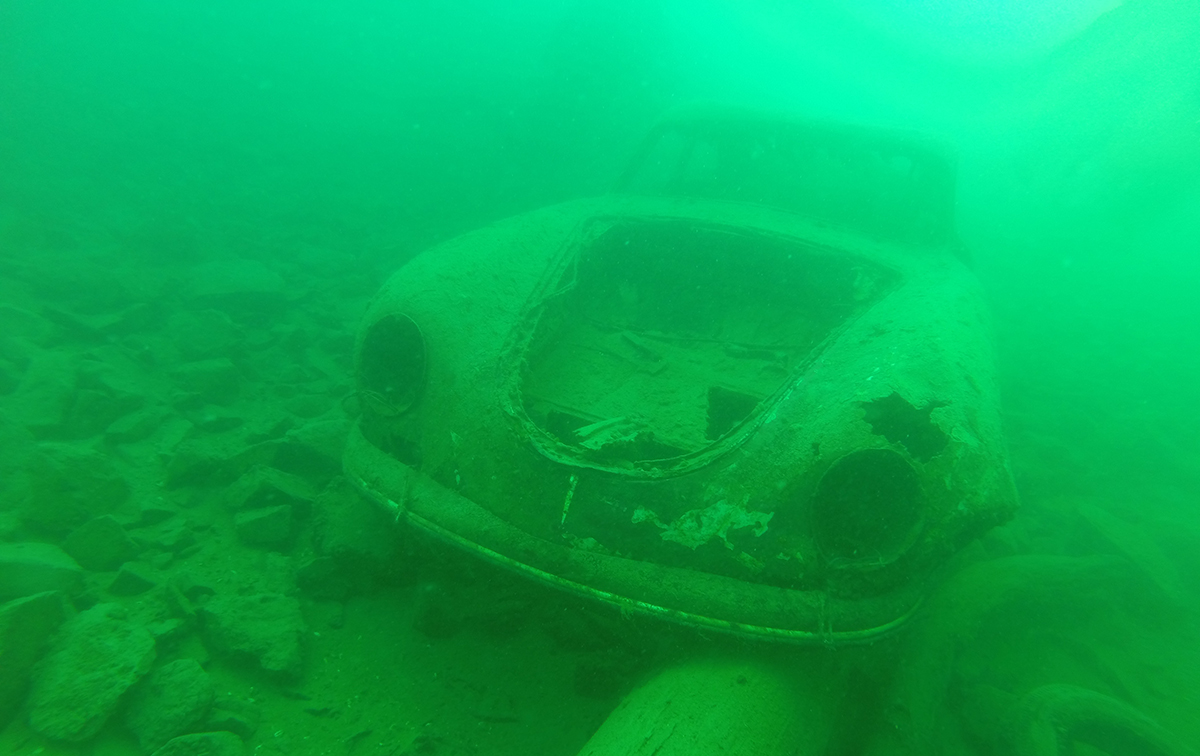 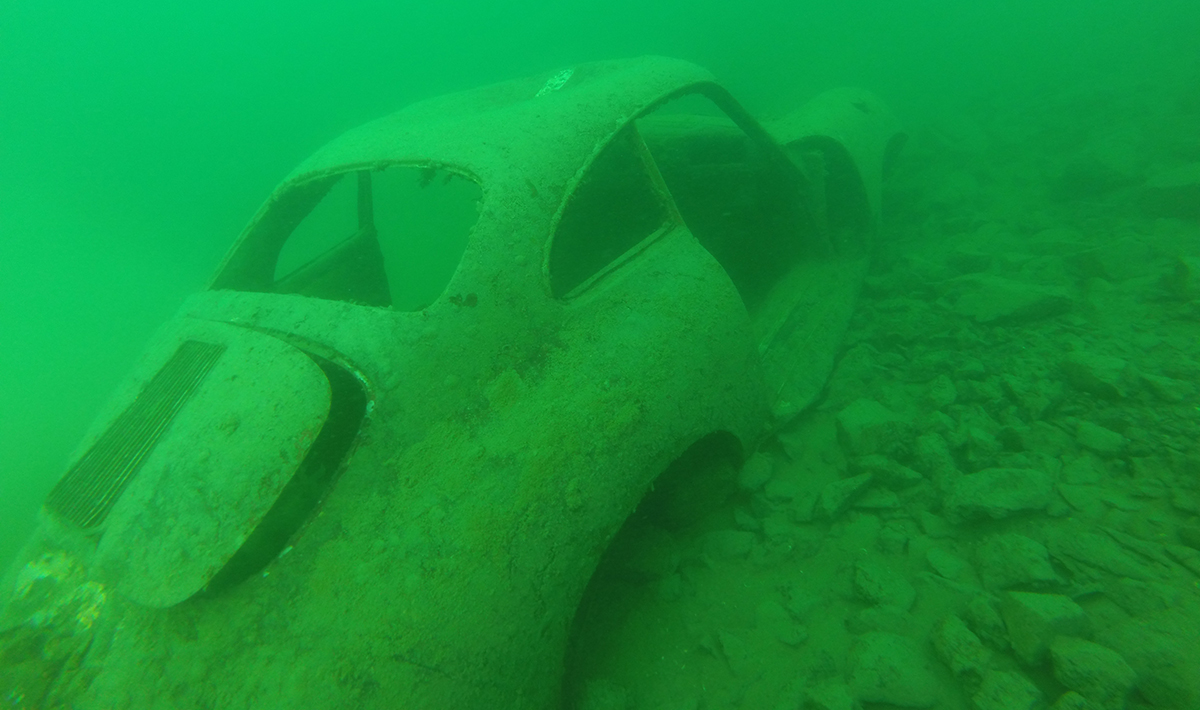 On 25 October the police gave permission to lift the wreck. After a first analysis by Frank Baumann, the president of the Swiss Porsche 356 club, investigators were quickly directed towards a single insurance fraud rather than a car accident or the more or less heinous crime everyone first thought. 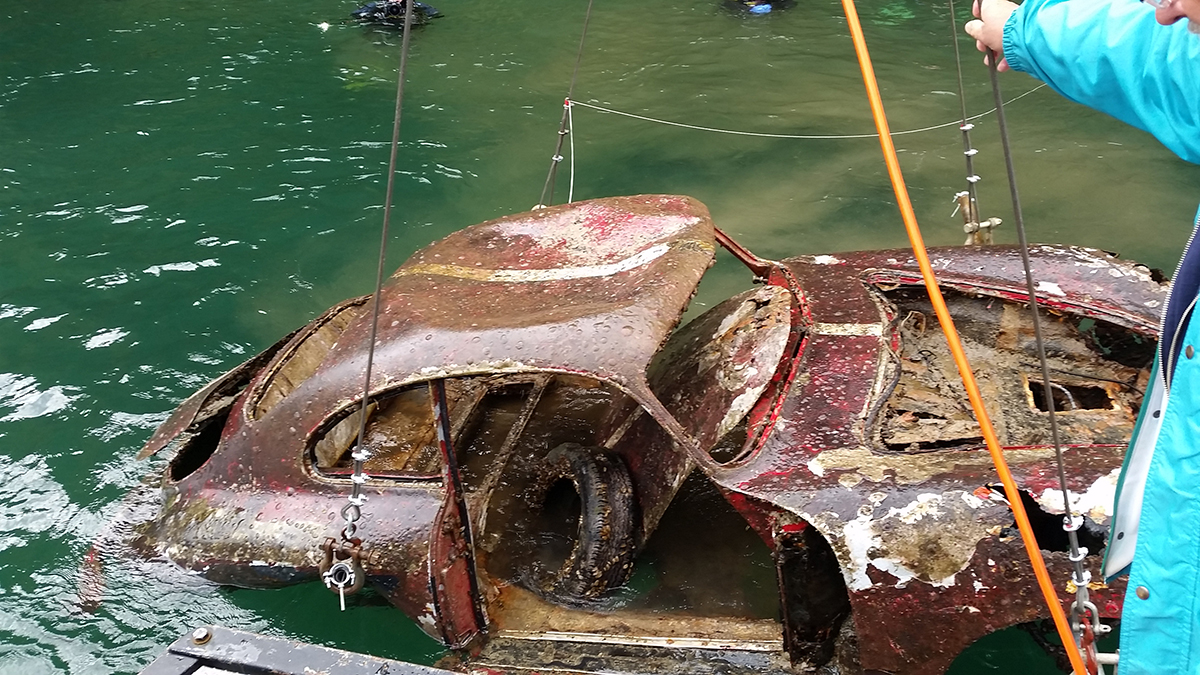 The lack of a skeleton, but also the engine are elements that will confirm this direction. The body of the 356 Pre-A is in a very bad state, suffered decades of corrosion and not having mercy from algae and mussels! Will it be possible to find a serial number identifying the last owner? This is the challenge of the investigators. Just have to know what will become of this wreck? We are willing to bet that it will become a beautiful piece of art! 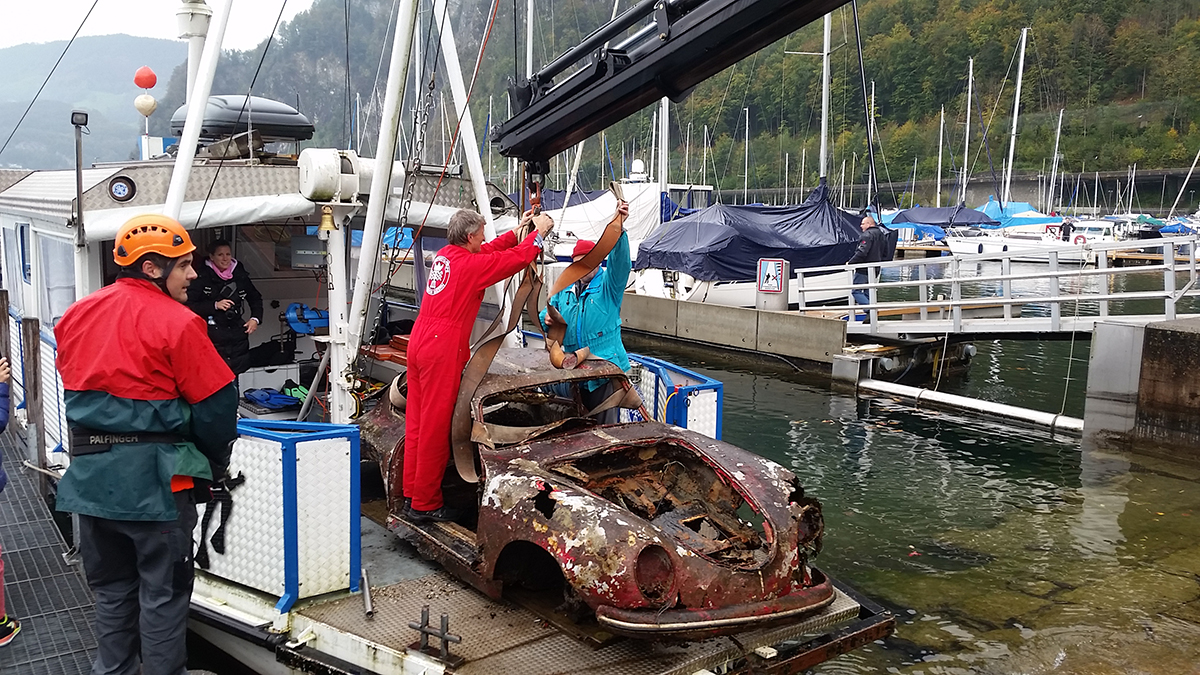